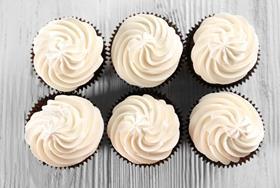 Titanium dioxide, which is used as a dye in many common household items such as toothpaste, sunscreen, paints and food coloring, can no longer be considered safe when used as a food additive, according to an updated safety assessment from Europeans Food Safety Authority (Efsa). The Efsa Expert Panel concluded that the absorption of titanium dioxide particles after oral ingestion is low but can build up in the body and concerns about genotoxicity cannot be excluded.

This new assessment revises Efsa’s previous assessment in 2016 that found titanium dioxide is safe for food applications but that further research is needed to fill the gaps. The agency said its new determination was based on a review of many thousands of studies that have recently become available, including new science and data on nanoparticles.

The Titanium Dioxide Manufacturers Association, which represents the major titanium dioxide manufacturers, says it is currently carefully reviewing Efsa’s opinion to better understand the logic behind the result.

In 2017, the European Chemicals Agency (Echa) concluded that titanium dioxide can cause cancer if inhaled, and last year the EU classified the substance as a suspected carcinogen when inhaled in certain powder forms. In France it was banned as a food additive last year. All legislative or official decisions on the leakage of titanium dioxide in food in Europe are made by the European Commission and the EU member states.

Based on Echa’s new opinion, the Environmental Working Group (EWG) is calling on the US Food and Drug Administration to quickly consider phasing out titanium dioxide when using food. After reviewing the ingredients of more than 100,000 products, EWG found titanium dioxide in more than 3,000 “ultra-processed foods,” including popular brands such as Jell-O, Little Debbie and Tasty Cakes.