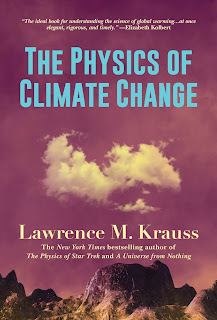 The physics of climate change

In recent years, media coverage of climate change has shifted noticeably. Many media have started to refer to it as a “climate crisis” or “climate emergency”, a mostly symbolic step in my eyes, because those who trust that their readers will tolerate this nomenclature are those whose readers need not be reminded Seriousness of the situation. The step not to mention the skeptics of climate change any more and, moreover, to proudly declare the intention not to recognize the claims of the skeptics any more was even clearer.

As a scientist who has been involved in science communication for more than a decade, I have two opinions. On the one hand, I understand very well how pointless it is to repeat the same facts to people who don’t want to or can’t understand them – that’s why I don’t answer when someone emails me their self-concocted theory of everything . On the other hand, most science communication depends on patiently rephrasing the same thing over and over again. That science writers – who devote their lives to teaching research – refuse to explain this very research strikes me as strange.

That makes me suspect that something else is going on. Declaring science to be done relieves news networks of the burden of actually understanding the science. It’s temptingly convenient and cheap, both literally and figuratively. Think about the last dozen or more news reports on climate change that you’ve read. Earliest cherry blossom in Japan, still melting ice in Antarctica, Greta Thunberg does not want to travel to Glasgow in November. Did any of those actually explain how scientists know that climate change is man-made? I guess not. Are you sure you got it? Would you like to explain it to a climate change skeptic?

If not, then the new book by Lawrence Krauss “The Physics of Climate Change” is for you. It’s a well-curated collection of facts and data with explanations just technical enough to understand the science without getting bogged down in details. The book covers historical and contemporary records of carbon dioxide levels and temperature, greenhouse gases and how their atmospheric concentrations alter the energy balance, how we can distinguish one cause of climate change from another, and what effects we have seen and can expect, from sea level rise to tipping point.

For me, learning about climate science was a set of realizations that made it harder than it looks at first glance. For example, do you remember the explanation of the greenhouse effect that we all learned in school? Carbon dioxide in the atmosphere lets incident sunlight through, but prevents infrared light from escaping into space, which increases temperature. Unfortunately, a climate change skeptic might suggest that the absorption of infrared light is saturated with carbon dioxide levels well below current ones. So burning fossil fuels can’t make a difference, can it?

No wrong. But to explain why that is so is not so easy …

In short, the problem with the greenhouse analogy is that the earth is not a greenhouse. It is not surrounded by a surface that captures light, but by an atmosphere whose temperature and density gradually decrease with altitude. The reason that rising levels of carbon dioxide continue to affect our planet’s heat balance is because they move up the average height from which infrared light can escape. But in the relevant region of the atmosphere (the troposphere), a higher altitude means a lower temperature. Therefore, the increasing carbon dioxide content of the earth makes it difficult to lose heat. The atmosphere must therefore warm up in order to regain energy equilibrium with the sun. If this explanation was too short, Krauss goes through the details in one of the chapters of his book.

There are a number of other stumbling blocks that took me some time to turn my head around. Isn’t water vapor a much stronger greenhouse gas? How can we possibly determine whether global temperatures are rising because of us or other natural causes such as changes in the sun? Have climate models ever correctly predicted anything, and if so, what? And anyway, what is the problem with a temperature increase that even the old-fashioned liquid thermometer on our terrace wall can barely read? I think these are all obvious questions that everyone has at some point, and Krauss answers them very well.

I applaud this book because I have found it difficult to find a didactic introduction to climate science that doesn’t raise more questions than it answers. Yes, there are websites that answer the claims of skeptics, but most of the time they offer little more than reference lists. Well meant, I agree, but not particularly illuminating. I attended Michael Mann’s online course Climate Change: The Science and Global Impact, which offers a good overview. But I know enough physics to know Mann’s course doesn’t say much about physics. And yes, I suppose I could take a more challenging course, but there are only so many hours in the day. You are probably familiar with the problem.

So, at least for me, Krauss book fills a void in literature. First of all, it is a short book with less than 200 pages in generous font size. I also enjoyed reading, because Krauss does not play down the situation, nor does he draw conclusions in the face of the reader. His writings make it clear that he is concerned, but his main role is to inform, not to preach.

I welcome Krauss’ book for a different reason. As a physicist myself, I am a little embarrassed by the numerous physicists who – I’m looking for a polite word here – have come up with, shall we say, iconoclastic ideas about climate change. I have also personally noticed on several occasions that physicists have a fairly strong but uninformed opinion about what climate models are good for. I am therefore pleased that such a well-known physicist as Krauss is countering the impression that physicists believe they know everything better. He adheres 100% to established science and does not make his own speculations.

There are a few topics, but I wish Krauss had said more. A particularly blatant omission is the uncertainty in the climate trend projections due to the lack of understanding of cloud formation. In fact, Krauss says little about the shortcomings of current climate models, other than the fact that tipping points are difficult to predict, and nothing about the difficulties in quantifying the uncertainty. This is unfortunate because it is another topic that annoys me when I read about climate change in newspapers or magazines. Every model has flaws, and if those flaws are not openly put on the table, I wonder if something is being swept under the rug. You see, I am chronically skeptical myself. Maybe it has something to do with being a physicist after all.

Anyway, I wish there was more science in reporting on climate change. Yes, there are social science studies that show that facts do little to change opinions. But I think a lot of people really don’t know what to think, because without at least a little background knowledge, it’s not that easy to spot errors in the arguments of climate change deniers. Krauss’ book is a good starting point for acquiring this background knowledge.