Johnson and Johnson (J&J) has officially lost its lawsuit over the overturning of a U.S. court ruling ordering the company to pay $ 2.1 billion (£ 1.4 billion) in damages to 22 women and their families, who claim their ovarian cancer was caused by his talc products. On June 1, the U.S. Supreme Court denied the company’s motion to review the Missouri jury’s decision on cases that were merged into a single trial in 2018. 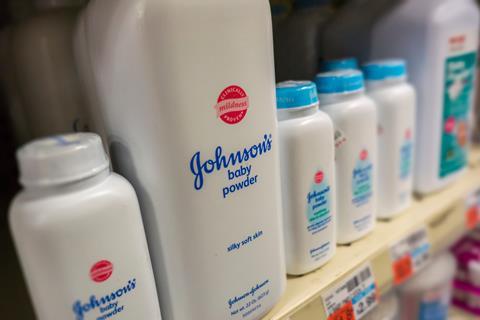 In June 2020, an appeals court reduced the jury’s original award from $ 4.7 billion to $ 2.1 billion. However, J & J’s attorneys have suggested that the decision leaves unanswered legal process questions that will be relevant to the thousands more talc-related cases the company faces. “Decades of independent scientific reviews confirm that Johnson’s baby powder is safe, contains no asbestos, and is non-carcinogenic,” the company added.

In its natural form, talc contains asbestos – a known carcinogen. But talc products sold in the US have been asbestos-free since the 1970s. When it comes to whether asbestos-free talc causes cancer, the scientific evidence remains controversial.

Based on limited evidence from human studies of an association with ovarian cancer, the World Health Organization’s International Agency for Research on Cancer (IARC) has classified the perineal use of talc-based body powder as “potentially carcinogenic to humans”. In addition, Health Canada recently concluded that talc “has been linked to ovarian cancer when certain self-care products containing talc are used on the female genital area.”

Although published research since the 1960s has suggested a possible link between the use of talc-containing powders in the genital area and the incidence of ovarian cancer, these studies have not conclusively demonstrated such a link, according to the U.S. Food and Drug Administration.

There are nearly 30,000 pending lawsuits against J&J alleging harm from the talcum powder. Lawyers in these cases argued that J&J was aware of the cancer risks but hid that information and possibly even funded its own shadow research to refute the link.

In May 2020, J&J stopped selling its talc-based powder in the United States and Canada, citing declining demand caused in part by “misinformation” about its safety. The company continues to market its talc powder elsewhere, including the UK.