On June 11, 2021, UNESCO (United Nations Education, Science and Culture Organization) published a report entitled “The Race Against Time for Smarter Development”. This report consolidates a peak of research over five years (2014-2018) on global trends and governance in science policy and focuses on three key areas: research spending, digital technologies and sustainability. The UNESCO conclusions offer answers to the question: Are we using science to shape the future? we want?
The COVID-19 pandemic has demonstrated the need for global scientific collaboration and open science, the right of citizens to accessible and transparent science. Modern technological, ecological and health policy challenges are by no means restricted by geographical boundaries; their unbridled severity is a consequence of our huge, but highly interconnected world. UNESCO found that although international scientific collaboration has increased (23.5% of all scientific publications in 2019 were by international co-authors, compared to 21.7% in 2015) and the total number of researchers worldwide increased by 13, The G20 countries account for more than nine tenths of all research expenditure and publications. Scientific research spending increased 19.2%, but almost half of that increase (44%) was due to China alone. In comparison, 80% of countries spend less than 1% of their gross domestic product on research. The finances on the international scientific playing field are by no means fairly distributed.

With many of us quickly getting used to remote working as a result of COVID-19, this drastic change has highlighted the importance of access to digital technologies and once again demonstrated their vitality for future economic competitiveness. One focus is on artificial intelligence (AI); Almost 150,000 articles on AI and robotics were published in 2019 (60 times fewer articles have now been generated through CO2 capture). From 2016 to 2020, more than 30 countries adopted dedicated strategies for AI. In 2019, companies reported a shortage of “skilled talent to clean up, integrate and add value to big data and go beyond small steps towards AI”. But the widespread way in which automation can disrupt work and further fuel socio-economic inequality – colloquially known as the ‘fourth industrial revolution’ – has raised significant concerns among workers about the future of their jobs; More than 60% of children today could end up working in jobs that do not yet exist due to technological disruption.

Many countries have based their national science policy on UNESCO’s 2030 Agenda for Sustainable Development, an “Action Plan for People, Planets and Prosperity”. In order to achieve these goals and counter the climate crisis, the countries are rethinking the interactions between digitization and sustainability instead of prioritizing them. Despite the urgency of the 2030 deadline, the UNESCO analysis of 56 research topics showed that sustainability still makes up a meager proportion of scientific publications; For example, between 2011 and 2019, 0.02% of the scientific output was spent on research on climate-friendly crops. However, energy has secured its place as central to global efforts to decarbonize and manage digital and green transitions at the same time; Almost a third of the countries have at least doubled their research on battery efficiency and smart grid technologies. In addition, innovations in solar and wind technologies have drastically reduced the cost of these renewable energy sources.

The report also emphasizes the need for a diverse and representative scientific community (see Chapter 3, “To be smart, the digital revolution must be inclusive”). The United Nations predicts that for every job won by the fourth industrial revolution, women will lose five jobs. Women are still a minority among communities training for the “jobs of tomorrow”, accounting for 33% of researchers and 28% of engineering graduates in 2018. In particular, such a lack of equal representation can perpetuate and perpetuate the abuse of AI technologies, particularly through gender bias.

Our “race against time” underscores the urgency with which we must work together around the world to address these complex and interdependent problems. UNESCO reminds us of the need to maintain public confidence in science and the collective benefit when we prioritize sustainability in our approach to science management. Although the statistics provided here are far from complete (the report is about 750 pages long), UNESCO offers a glimpse into the most serious science policy problems of the last decade and suggests solutions to ensure that these trends do not shape our scientific future. 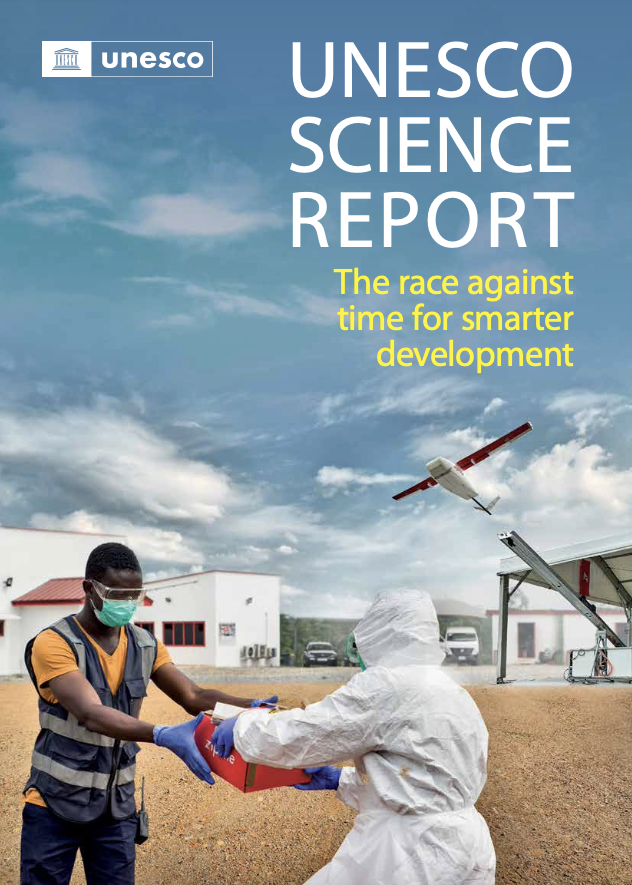