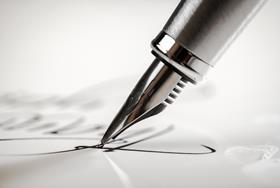 The Nazi links of the Noddacks

The article on Ida Noddack is important, not so much to report on her scientific contributions, but to raise the question of what exactly she and her husband Walter were involved in in the years before and during the war.

Walter was at least a willing beneficiary of the anti-Semitism and racism laws of the NSDAP and in 1935 took over a chair at the University of Freiburg from the respected Hungarian-Jewish physical chemist George von Hevesy (awarded the Nobel Prize in Chemistry in 1943 for his pioneering work). the use of radioactive tracers in chemistry and medicine) who had fled Germany. In 1941 the Noddacks moved to the Reichsuniversität Strasbourg (RUS; the University of Strasbourg had gone into exile), which at the time was the Nazis’ model university, at which over 80% of the professors were members of the NSDAP. Ida Noddack had her first paid job with the RUS.

We also know that Ludwig Franz Holleck, a confirmed NSDAP member, became a research assistant and close collaborator of Walter Noddack shortly after Noddack was appointed to the University of Freiburg. In 1940/41 Holleck headed the cash register of the Nazi lecturers’ association in Freiburg and then joined the RUS as an adjunct professor of physical chemistry with the Noddacks. This suggests that the Noddacks and Holleck were long-term close and shared the Nazi views, as suggested by a Noddacks biographer.

Unfortunately, information about their work in 1941/45 is not readily available, but it is reasonable to speculate that they were in some way involved in the German war effort, not least since they did not publish any scientific papers between 1940 and 1951. At that time, the RUS was a center for nuclear weapons research, with Rudolf Fleischmann doing research on isotope separation. The notorious war criminal August Hirt was also dean of the medical faculty, where he set up the “Jewish skeleton collection” of murdered victims from Auschwitz and the nearby Natzweiler-Struthof extermination camp.

All of this raises the important moral question of whether we should ignore any Nazi / anti-Semitism / racism issues and instead focus on Ida’s published work and her struggles as a scientist. The article closes with a quote from one of her biographers that she should be remembered “for her bold thinking,” and the online version of the article is entitled, “Celebrating the Forgotten Heroes of Science.” Others will contradict this narrow-minded assessment of a scientist from the Nazi era who never denounced Nazism. The complicity of her and her husband in the work of the Nazi regime and its horrors far outweighs their personal scientific contributions. And for that she should be remembered.

Editor’s note: The article on Ida Noddack was titled “Celebrating the Forgotten Heroes of Science” on the Chemistry world Website. We apologize for this oversight.

In the service of chemistry

The article “Called to the Laboratory” reminded me of my military service in the Royal Air Force. After qualifying as an Associate of the Royal Institute of Chemistry, I was called up and sent to Singapore to work in the Petroleum and Materials Control Lab at Seletar Air Force Base. I worked in the lab from 1956 to 1958, testing jet fuels, lubricants, and other materials. The lab was staffed by about six National Soldiers, who were junior technicians, and two regular senior technicians who took octane measurements against calibration standards we had made from tetraethyl lead in isooctane. A flight lieutenant was responsible for the laboratory.

When the hydrogen bomb tests were to take place on Christmas Island (now Kiribati), we had to fly out urgently to set up a fuel test laboratory. We flew over Australia on an RAF Hastings plane together with our laboratory equipment packed in wooden boxes. Our duties involved sampling the jet fuel for the V bombers that carried the bomb and the Canberra planes that took radioactive material from the explosions.

We lived in tents and the island was overrun with land crabs. I was there for the first H-bomb tests in May 1957 (code name Grapple) before returning to Singapore. Concerns later raised that staff might have been exposed to radioactive material from the tests, and an association between the tests and premature deaths and cancer has been contested for years.

I liked Kat Day’s “Nonsensical Nomenclature” article. It reminded me of my chemistry teacher who had a dry sense of humor. He taught us the value of systematic nomenclature (Iupac) for organic compounds in the early 1970s. At that time one had to be able to recognize and use both the “trivial” and the systematic names. “Take capric, caproic, and caprylic acids, for example,” he said. “Aside from their acid functional groups, they have no similarity in structure; their only common characteristic is the smell of a goat! ‘

In contrast to capric acid, which has its roots with the 10 atoms or

I agree with Kat Day’s opinions in her article on chemical names old and new, and how Chemistry world‘s crossword compilers take great pleasure in some of the etymologies of our non-Iupac molecule monikers. In fact, I am the proud owner of a 1963 volume by WE Flood called The origins of chemical names. However, I was a little surprised that Antoine Lavoisier stood out due to his absence in her article (perhaps just space problems or an emphasis on organic rather than inorganic names), even though Lavoisier was the subject of Vanessa Seifert’s article in the same issue. As I wrote in an article commemorating the early death of the chemist at the guillotine 200 years ago (“The aristocrat who revolutionized chemistry”, New Scientist, May 1994) Lavoisier was also revolutionary in his transformation of the language of chemistry with the publication of 1787 Method of nomenclature Chimique with colleagues like Guyton de Morveau who mentioned the Day.

Chemistry world welcomes letters that should be concise (usually less than 300 words) and timely. Those selected for publication are edited for reasons of clarity and length. Letters should be marked “for publication” and sent to chemistryworld@rsc.org